'Daddy Kisses' I will almost definitely change this title) 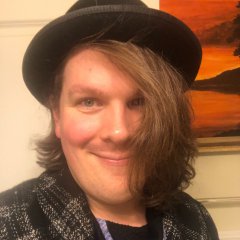