What's the strangest thing someone has said to you about being trans? 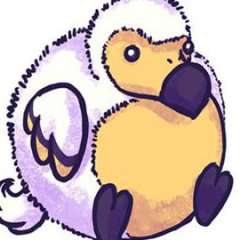 By ThatDarnDodo,
August 12 in General Forum