Threatened on the street 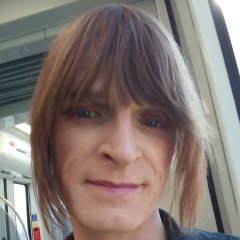 By ToniTone,
October 24, 2019 in Victims of Hate Crimes and Violence